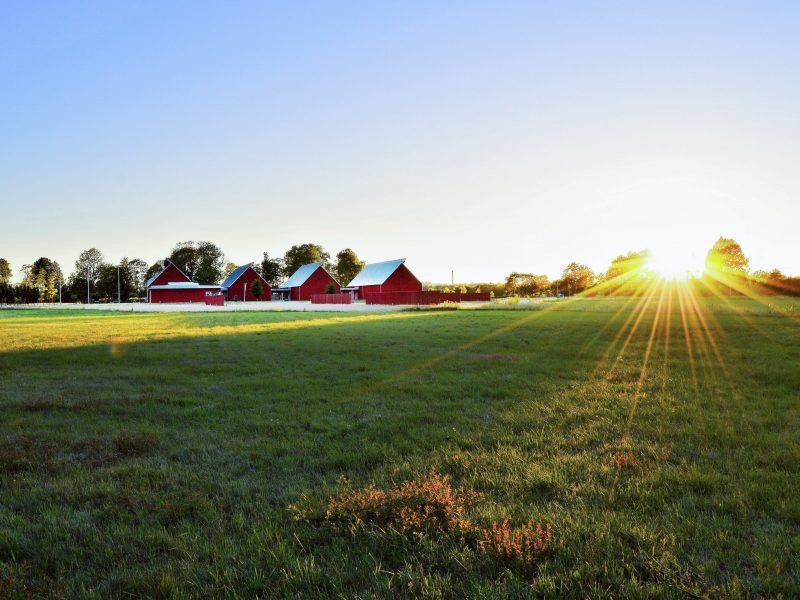 The following cases advance our top priority of reining in the ever-expanding administrative state by eliminating agency implicit authorities, ending judicial deference to agency interpretations of law, and invalidating unpromulgated rules masquerading as guidance. For updates, subscribe to our newsletter.

Container Life Cycle Management v. DNR
Court: Wisconsin Supreme Court
Status: In Briefing
WMC Involvement: Amicus
This case involves a right fundamental to our government’s separation of powers: the right to judicial review of an executive-branch agency’s decision. In this case, the Wisconsin Department of Natural Resources (DNR) sent letters to a business informing it that, in DNR’s view, it was required to obtain a time-consuming and expensive permit. The business filed this lawsuit to challenge that determination. The Milwaukee County Circuit Court and Wisconsin Court of Appeals decided that the business had no right to judicial review at this stage in the process, reasoning that DNR had not made a “final” decision.

After the Wisconsin Supreme Court granted the business’s petition for review, the WMC Litigation Center filed an amicus brief in support of the business.

CREE, Inc. v. LIRC
Court: Wisconsin Supreme Court
Status: Case Closed
WMC Involvement: Amicus
This case concerns an employer’s ability to protect itself and its workers. In this case, a job applicant sued a business because, he alleged, it unlawfully refused to hire him due to his criminal record. His record included numerous convictions for physical and sexual violence against women. Under the Wisconsin Fair Employment Act, an employer may refuse to hire an applicant based on his conviction record if the circumstances of his offenses “substantially relate” to the circumstances of the position sought.

Dane County, et al. v. Public Service Commission of Wisconsin, et al.
Court: Wisconsin Supreme Court
Status: In Briefing
WMC Involvement: Amicus
The Public Service Commission of Wisconsin (PSC) unanimously approved a project to build a new high-voltage transmission line known as the Cardinal-Hickory Creek line. This transmission line would run through southwestern Wisconsin, improve energy reliability in Wisconsin, and enable greater usage of renewable energy across the Midwest. Several conservation groups intervened and urged the PSC not to approve this project. After losing in the PSC, these groups alleged that two PSC commissioners should not have participated in the approval of this project because their professional associations gave them an “appearance of bias.” The Dane County Circuit Court allowed the parties to engage in discovery. The conservation groups issued a subpoena to a PSC commissioner, demanding that he turn over his personal cell phone and password so these groups could search for possible evidence of bias.

The case is now in the Wisconsin Supreme Court. The WMC Litigation Center filed an amicus brief arguing that, under binding precedent, the “appearance of bias” standard is not the correct legal standard.

Lowes Home Centers, LLC v. Village of Plover
Court: Supreme Court of Wisconsin
Status: Case Closed
WMC Involvement: Amicus
This lawsuit was part of the battleground in the ongoing so-called “dark stores” policy debate. For years, municipal government lobbyists have attempted to change state law to allow them to assess “occupied” stores at higher values than otherwise identical “vacant” stores. A coalition led by WMC has opposed these changes, saying they unlawfully tax business value, and citing longstanding precedent in Wisconsin that the value of real estate is what matters, not the business occupying it.

Pepsi-Cola Metropolitan Bottling Company, Inc. v. Employers Insurance Company of Wausau
Court: Wisconsin Court of Appeals
Status: Awaiting Opinion/Decision
WMC Involvement: Amicus
This case involves an insurance dispute that could significantly impact the ability of companies to buy and sell subsidiary businesses (including assets and liabilities). This dispute centers on an insurance policy’s “anti-assignment” clause, which states that an assignment of interest does not bind the insurance company without its consent. The issue in this case is whether a generic anti-assignment clause applies to liabilities that an insured business incurred while its insurance policy was in effect but before the business was sold to another company. If an anti-assignment clause applies this broadly, insurance companies would receive a windfall because their coverage would be narrowed while their potential liability remains the same. Simply put, many businesses would be difficult to sell if anti-assignment clause applied this broadly.

Tavern League of Wisconsin, Inc., et al. v. Angela Palm, et al.
Court: Wisconsin Supreme Court
Status: Case Closed
WMC Involvement: Amicus
This case challenged a statewide emergency order purporting to place capacity limits on certain businesses. Following some procedural wrangling at the circuit court, the court of appeals ordered the circuit court to issue an injunction against enforcement of the emergency order. The state appealed to the Wisconsin Supreme Court. WMC submitted a brief to weigh in on some of the important separation-of-powers issues present in this case.

WMC v. Tony Evers
Court: Wisconsin Supreme Court/Wisconsin Court of Appeals, District IV/Waukesha
Status: In briefing in Wisconsin Supreme Court
WMC Involvement: Plaintiff
WMC filed this lawsuit asking for an injunction to stop Governor Evers’ release of business names that have had employees who have tested positive for COVID-19.
WMC was made aware that information on more than 1,000 businesses would be released on Friday, Oct. 2, 2020, by the Evers Administration if they had at least two employees who tested positive for COVID-19 – regardless of where the employees contracted the virus.

Vaccine Mandate Litigation
Court: United States Court of Appeals for the Sixth Circuit
Status: Awaiting Opinion/Decision
WMC Involvement: Amicus
More than 30 lawsuits were filed in November 2021 over OSHA’s emergency temporary standard (ETS) that mandated COVID-19 vaccinations or regular testing for workers at businesses with 100 or more employees. The WMC Litigation Center filed an amicus brief in the U.S. Court of Appeals for the Seventh Circuit to support a lawsuit filed by the Wisconsin Institute for Law and Liberty, which asked the court to block this OSHA ETS. The Judicial Panel on Multidistrict Litigation subsequently conducted a lottery and selected the U.S. Court of Appeals for the Sixth Circuit to decide all of the nationwide lawsuits regarding this vaccine mandate. Our amicus brief was subsequently transferred to the Sixth Circuit for that court’s consideration.

Clean Wisconsin Inc. v. DNR – Act 21 Explicit Authority & Public Trust Delegation
GLLF represents eight Wisconsin business associations as intervenors in this case currently before the Wisconsin Supreme Court. In its decision, the court should establish judicial review standards for assessing the reach of agency authorities. If the court finds that such legislative delegations to agencies must indeed be explicit, then Act 21 may well be the most important constraint ever on the administrative state.

On June 19, 2019, GLLF filed a brief in support of the Wisconsin Legislature’s petition to intervene. A reply brief was filed on July 9th.

Kinnard Farms, Inc. v. DNR – Act 21 Explicit Authority
This case before the Wisconsin Supreme Court  tests DNR’s authority to impose permit conditions that require off-site groundwater monitoring and limits on animal units. It is a sister case to Clean Wisconsin Inc. v. DNR in that it also turns on the 2011 Wis. Act 21 requirement for “explicit” legislative delegations of authority to agencies.

The GLLF’s amicus curiae brief on behalf of six business associations focused on the Act 21 explicit authority issues relating to the permit conditions. We argue that the term “explicit” authority in Act 21 was purposefully chosen by the legislature to prohibit ad hoc regulatory mandates such as an animal unit limit.

On July 9th, 2020, the Wisconsin Supreme Court ruled in favor of the Medicaid providers, holding DHS’s auditing and claw-back policies fell outside the boundaries of the agency’s explicit authority.

On March 9, 2020, GLLF filed an amicus brief on behalf of six Wisconsin business associations before the Wisconsin Supreme Court arguing that Wisconsin Department of Health Services’ (DHS) Medicaid auditing and claw-back policies were invalid and unenforceable because they were not duly promulgated under the Wisconsin Administrative Procedure Act. Oral arguments expected to take place electronically April 22.

Legislative Intervention as a Matter of Right Under Act 369

April 29, 2020, GLLF filed an amicus brief and supporting appendix  with the Wisconsin Supreme Court on behalf of Wisconsin Manufactures & Commerce and Wisconsin Dairy Alliance supporting the Legislature in the case relating to agency authorities during the corona-virus challenge.

Tetra Tech v. DOR – Judicial Deference Granted Agencies on Interpretations of Law
On June 26, 2018, the Wisconsin Supreme Court handed down its decision in Tetra Tech. In summary: the deference doctrine is dead. The courts will no longer give agencies any deference on interpretations of law. In July 2017, GLLF filed an amicus brief on behalf of 11 business associations urging the Court to reject the current practice of deferring to an agency’s interpretation of the law.

We asserted that besides abdicating courts’ constitutional duty to interpret the law, such systematic bias benefits the state as a party and deprives the regulated community of due process. The court tracked our due process argument in a way vital to their decision to eliminate all deference.

GLLF joined the case as an intervenor on behalf of four Wisconsin business associations.

Rock-Koshkonong Lake District v. DNR – Public Trust Doctrine
On July 16, 2013, the Wisconsin Supreme Court ruled that the Wisconsin Department of Natural Resources (DNR) inappropriately relied on the public trust doctrine for its authority to protect non-navigable land and non-navigable water above the ordinary high water mark when it refused the petition to raise the waters of Lake Koshkonong.

GLFF filed an amicus brief on behalf of two Wisconsin business associations siding with the District.